For 30 years I have been changing the lives of people all over Lincolnshire by helping them overcome their fears, gain control over their weight, beat their addictions, and gain freedom from anxiety and depression.

And I can help you too!

“The only way I can describe the last 8 years of my life is like living in a dream world.

A lot of my days just filtered into one with me not being able to remember one day to the next because of my stress levels. Everything just rolled into one big mush.

I have been suffering from anxiety and panic attacks to the point where I couldn’t eat new foods or eat in new places from fear of being allergic to something, even though I am not allergic to anything.

Driving was also a no no. I could not drive down a road that I had driven down a hundred times before without throwing myself into a panic attack.

It had become a way of life for me, a normal way of life to live like this. To run from everything that was familiar and unfamiliar to me. I ended up doing the same thing day in day out just so I was comfortable and not wanting to run away.

Sometimes not even being able to cope with these day either!

I had tried different treatments and therapies but only lasted one session on most of them due to panicking and in the end just running away.

So I looked up Hypnotherapy, why not give it a go it took me about a week to find Mark and even longer to email him asking for help.

I had got it into my head all sorts of things would go wrong with hypnotherapy. My body and mind had already started to reject this treatment before I had even started it!

After talking with Mark on the phone he made me feel so relaxed, that I booked a session with him. Mark was kind enough to come to me as I knew there was no way I would make it to him.

With in half an hour of meeting Mark he had all of me relaxed. It was like I had known him as a very good friend my whole life.

After 4 sessions with Mark I was like a new person. I was going out to new places to eat foods I had never eaten before and not panicking.

Driving to new places on my own like Great Yarmouth, Berry Saint Edmunds and Kettering, thats going down dual carriageways and motorways, which I had never done on my own before with out panicking!

I feel like a new person enjoying life again which I owe to this wonderful man.

Mark and the work that he does, just not to be stressed all the time is like having the weight of the world taken off my shoulders and giving me a whole new positive outlook on life.

So I would just like to say a massive thank you to him for just having the time to see me as more of a friend than a therapist which helped me to relax and trust him allot.

For other people suffering like I did, just give it a go it really does work. Just take 5 minutes of strength just to call, text or email Mark. It will change your life for the better in ways not even I can describe.

Thank you so much Mark I owe you loads for turning my life around.

“I wanted to write this to firstly say a big thank you to Mark for all his help recently and secondly to pass on my recent experience of working with him.

At the outset I would like to say I am normally a huge sceptic of anything labelled ‘alternative therapy’. I also used to be someone with his feet firmly in the ‘pull yourself together’ camp when it came to mental health issues.

However that has changed now, after finding myself on a downward spiral and seeing first hand how difficult, maybe even impossible it is to drag yourself back up without some outside help.

So a bit about myself, I have been a Police Officer for over twenty years and have probably seen everything over that time. Whilst it’s an extremely rewarding job, it does take its toll mentally. I have always kept myself fit and I used exercise as a way to keep stress under control.

However at the start of the year things unravelled for me. I was suffering what I can only assume were anxiety attacks at work. Things I would do without thinking became huge problems. Visiting members of the public, speaking at meetings even using the phone started to give me issues. I have probably had about half a dozen attacks spread over the last three years. They were not happening regularly but it was the fear of having one that was taking over my life.

Before going to see Mark I was thinking I may even have to look for alternative employment, with all the worries that would entail having a young family and mortgage etc.

Anyway, I contacted Mark as a last resort. Mark had been my cycling coach for about a year so I knew him and trusted him. He had told me he was a hypnotherapist during one of our coaching chats and it stuck in my mind. I am not sure if I would have approached anyone else, it was only having built up a relationship with Mark that gave me the confidence to think he could help me.

The sessions I have had with Mark have really turned my life around. I cannot overstate this, I am not talking about a few tweaks around the edges, I am talking about being in the most positive frame of mind of my life. I can see now how the little voice we all have in our heads can really be reprogrammed even after all these years! Mark really understands people and is the most positive person I have ever met.

Through our sessions he helped me to see where these negative feelings were coming from and the result is he has given me perspective back on life.

With Marks assistance I could see that my stress levels were turned right up to high and I had stopped connecting with people and life in general. Mark has helped me to find myself again and I have made some changes in my life for the better.

My big worry was that the work I had done with Mark would wear off over time and I would be back to square one at some point. Well so far it has not happened, it has been 8 weeks since I first saw Mark and I sense the change in me is permanent.

I have also recommended Mark to a close relative and he is helping with her weight loss. She hit the nail on the head when she said that this sort of help should be available on the NHS and she wished she had met him years ago.

A big thank you Mark. You’re a rare person who is able to make such a profound difference to people’s lives.

“I was very apprehensive at making the first contact with Mark as I didn’t really understand hypnotherapy (other than what you see on tv) which it is nothing like!!

I had a very bad time in Nov 2013 when my mum got diagnosed with lung cancer at 61, and passed away in Feb 2014. Within this time I had a break down and was put on every medication you could think of, but none of them worked, just caused me more anxiety and distress and weight gain.

My break down caused me to be OCD on checking my body for lumps, bumps and marks which caused me to bruise my self more, I couldn’t say the word cancer never mind write it, so 10 weeks ago I bit the bullet and made contact with Mark and the help and transformation has been fantastic not only do I not check continuously but he’s helped with my fear of my head being under water swimming and also my coke cola addiction, and also now we are working on me losing weight.

Mark made me feel at ease the first time I met him he’s very caring and passionate about the work he’s doing with you. I recommend Mark Marsland 100% to help with any problems you may have so a big thank you Mark.

Mark has done more for my well being in 10 weeks than medication did in 2 years !!”

Do you want to inspire your pupils to go on achieve great things in life or inspire your sales team to smash their ambitious sales targets?

I can deliver an action packed, inspiring keynote speech to do just that.

Do you want to sharpen your competitive edge?

Whether it’s your chosen sport, your work or your life, I can help define what success means to you can help you achieve it.

Get Ready. Your Breakthrough is Just Around the Corner

This is What My Clients Have to Say… 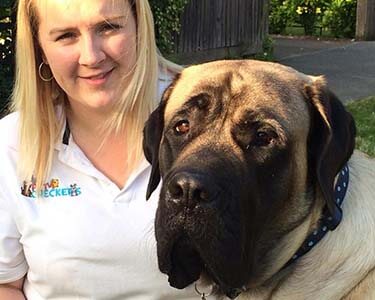 “Mark has changed my life. It sounds dramatic but it’s true.

The fears, the anxieties and the torment, it’s all gone. I feel calmer, more at ease and happier.

If you’ve got struggles in your life, call Mark. I’m positive he’ll change your life too…” 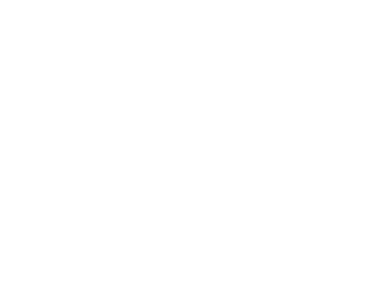 “I was struggling with a close bereavement and if it was just this one thing that Mark has helped me with then I’d be happy but there’s more.

Self-confidence, weight loss and so many ‘little’ things that are ‘knock-on’ effects from those feelings are now also resolving. I feel like a different person…” 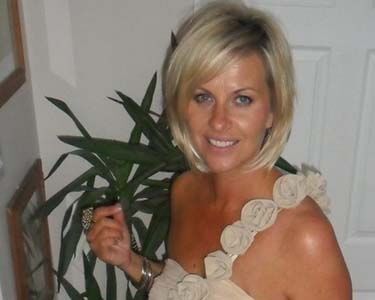 “I suffer like so many of us nowadays from insecurity, lack of self belief, depression and negativity, but meeting Mark changed all that.

By installing a life changing attitude he has the ability to change your outlook and the way you attack each new day. He’s an inspirational person that you will be glad you brought into your life…”

I could talk about all the successes I have had in life, business, sports etc but how is that truly helping you to understand and connect with the real me?

The truth is that there was a time when to anyone looking in at my life it would appear I had everything – a multi-million pound business, the nice car, the big house, success in sports and other areas of my life…

…Yet I was at my most miserable.